How Free Pizza Led to a Cyber Career: A Chat with Bill.com’s Rinki Sethi

A veteran CISO of some of the world’s biggest names including Bill.com, Twitter, and Rubrik, Rinki Sethi has overseen some of the most pressing cybersecurity challenges today, but she still finds time to give back and help build a more inclusive and resilient cybersecurity workforce.

Find out more about how a job fair and free pizza led Sethi to an incredibly successful career in cybersecurity, mentorship, and investment. Rinki Sethi was hooked on computers from childhood. Her hacker skills and interest in the space were sparked by her determination to find a way around parental controls on her computer.
“I was exposed to computers at a very early age because my dad taught programming,” Sethi said. “I remember chatting with my friends on AOL instant messenger. I heard my dad telling my mom about something he knew from my AOL conversation.” “When I looked on my machine, I found a parent spy tool, a keylogger. I uninstalled it and told my sister about it so she could uninstall it too,” Sethi said. But her dad didn’t give up that easily, and he re-installed the keylogger software each time she uninstalled it. That’s when Sethi looked for different strategies. “I wrote a program to detect the keylogger and uninstall it every time it detected the software on my computer,” Sethi added.

Though her hacker experience sparked her interest in technology, Sethi entered a tough job market following college. She initially considered deferring her job search in favor of graduate studies. Then her friend invited her to a networking event with Pacific Gas and Electric.

“I’ve been in cybersecurity for almost two decades now, but my career in cybersecurity started by accident,” Sethi said. “One of my friends was being recruited by Pacific Gas and Electric, and said, ‘Why don’t you come? There’s a free pizza night.’ So I went, grabbed free pizza, and talked to the hiring managers from PG&E.”

The Dawn of the CISO and the Shifting Cyber Industry

After working with PG&E, Sethi’s career took her through different industries, including eBay, Intuit and IBM. Finally, Sethi landed her first CISO job at Rubrik – a title that, at the time, was still uncommon outside of the banking sector.

“When I first started in cybersecurity, having a CISO at a non-banking company was rare,” Sethi said. ”Security wasn’t well funded back then. Breaches were just starting to get more attention, and there was a rise in the number of attacks that we were hearing about.”

Today, cybersecurity is a top risk for companies. “Over the last decade, we have seen companies become more focused on cybersecurity. Almost every major company now has a Chief Information Security Officer. That said, it has still been challenging for the industry to stay ahead of the threats and attacks,” Sethi said.

Becoming a Work from Home Advocate and Cyber Mentor

Sethi was also an early promoter of another disruptive technology hot topic: working from home. Balancing long commutes and a growing family, Sethi began working from home before the pandemic, and has since become an advocate of flexible work policies.

“Working in this space with a young family can be very challenging,” Sethi said. “There just wasn’t the infrastructure at the office to support new parents. There wasn’t a room where I could pump, and I had an 80 mile round trip commute. I almost left the workforce because it was so hard. Instead, I worked with my company to build the first work from home policy.”

“Things have become more flexible since the pandemic, but more work needs to be done to make flexible work arrangements widely available and secure.”
Beyond workplace culture and flexibility, Sethi has also become a leading mentor for women looking to build their careers.

“My experience with [mentoring company] Everwise has been incredible,” Sethi said. “I’ve mentored a few women and the experience has been great. One woman decided to change career paths and do something different through our sessions. It’s been an incredible journey, I love mentoring and giving back.”

The Future of Cybersecurity and Overcoming Misperceptions

Sethi is excited about the future of the cybersecurity industry, but still believes there are misperceptions the industry needs to overcome.

“One of the biggest misperceptions I can point to is that I don’t wear hoodies to work,” Sethi joked. “I think people still think that’s what we do – we’re hackers with hoodies on – but I’ve never worn a hoodie to work.”

“People also think cybersecurity is a very techy, geeky role. That’s not necessarily the case. The space is so huge that we need people with all of the skills we can get. I’ve got people on my team from journalism and legal backgrounds. For cybersecurity, we need people who understand different areas, because that’s what the hackers, the bad actors, look like.”

“I remember attending a user conference where the creator of the series ‘CSI: Cyber’ was talking about one of the main actors, Patricia Arquette, running around in heels, fighting cyber incidents. Everybody looked back at me because I was running our security operations center, and I was the woman in high heels running incidents. I appreciated that he glamorized it in that way, to attract people who may not wear hoodies. I’m proud to be fighting the misconceptions. We need all kinds of people in cybersecurity.”

Based on her own experience, Sethi has proven that successful careers in cybersecurity can look very different from person to person, and it depends on your unique interests and goals. There is plenty of room for both hoodies and heels, so why hold back? 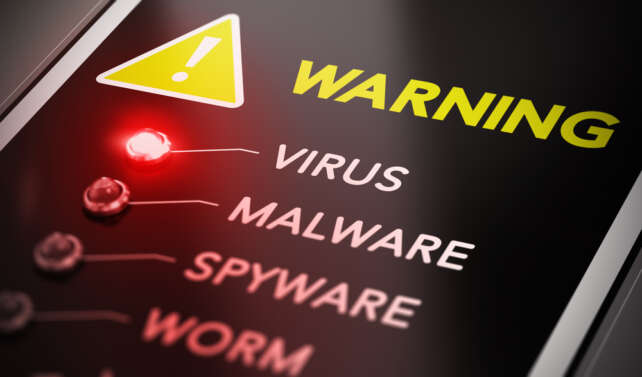